A raspberry bush should be a thriving part of your garden, producing delicious fruit. So, when your plant starts dying it can be quite distressing. But why might the bush start dying, and is there anything you can do to revive it?

There are a few things that might be causing a raspberry bush to die. Sometimes, the fault will lie in the environment you are growing the bush in. For example, it might not be getting the right amount of sunlight or water. At other times, the issue will lie with an attack from diseases or pests. Sometimes, the bush will simply be dying of old age.

Just because your raspberry bush is showing signs of distress doesn’t mean that you have to let it die. Keep reading to learn some of the ways you can bring it back to life.

Signs a Raspberry Bush is Dying

There are a few signs that your raspberry bush isn’t in good condition. The warning signs to look out for include:

The clearest sign of a dying plant is a rise in the number of dead growths. This will appear as white or grey. When you cut into it, the stem will be brown.  On the other hand, the thriving cane will be white and moist.

Once you notice the signs that a raspberry bush is in trouble, you need to take action. The best thing is to try and identify what is causing the problem. This will allow you to find the solution. Let’s look at some ways to solve common issues.

In many cases, your plant might be affected by adverse conditions in the soil. There are a few potential issues you can be facing, including:

Usually, environmental problems will play a contributory role in your plant’s downfall. The good news is that small changes to the soil can help revive your plants.

The type of disease will determine how you approach it. For example, if spotted early, blights can be controlled by pruning back the affected areas. This might be enough to stop the fungus from spreading and infecting the rest of the plant.

On the other hand, some types of disease, like Verticillium Wilt, will be highly aggressive. Because of this, you will need to remove the whole bush. This will stop it from spreading to everything else in your garden.

Stems Are Too Old

Thankfully, this problem is fairly easy to solve. You will need to cut back the old canes after the second year. This will allow new growth to occur and will allow you to produce new fruit. Once you have pruned back the old growth, you will need to take it out of the garden. This makes it harder for diseases to spread.

Similar to diseases, if you can identify the cause of the pest problem early, you will be able to address it effectively. But if you allow it to spread, it can become a major problem. There are a few types of pests that will affect your raspberry bush. These are:

Often, treating a pest problem on a raspberry bush will be fairly easy. You just need to take off any infected growth. Burn any infected branches. This ensures that the bugs don’t have a chance to spread and infect everything else in your garden.

If none of these issues fit, you might need to consider the possibility that your plant is dying due to old age. In many cases, a raspberry plant will live for around 20 years. At this age, there is little you can do to bring the plant back to life.

The best solution is to take some cuttings from the living stems of your raspberry bush. Alternatively, you can take root cutting. You’ll be able to put these into a new pot and grow a new plant.

There are many reasons why your raspberry plant might start to look like it’s dying. Sometimes, it might be old growth dying after flowering at other times it will be too much water. The key is being able to spot the problem quickly. From there you will be able to come up with the ideal solution. This can help minimize the damage and get your raspberry bush back on track. 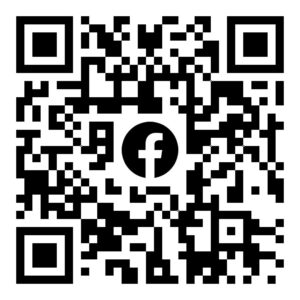